How to Play GTA RP

For almost as long as Grand Theft Auto Online has been available on PC, there have been modders trying to create the most authentic, realistic experience for a group of players to enjoy with it. While some mods for GTA V do allow you to live the life of a random NPC, GTA Online is completely different and much more complicated. However, GTA roleplaying (GTA RP) servers have popped up over the last few years, and grown exponentially both in popularity with players, and those who watch streamers play in them on Twitch. Understanding what these servers are is a minefield. And figuring out how to get approved to play on them — let alone actually playing them — is even more so.

This guide will walk you through GTA RP servers and everything that you need to know.

What are GTA RP servers? 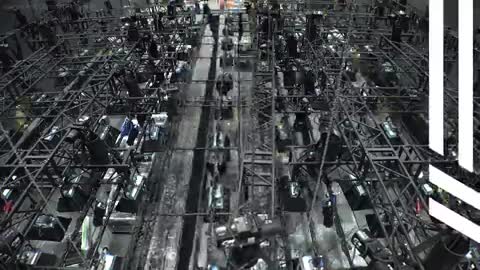 The simplest way to explain a GTA RP server is to say that it’s a GTA game in which you aren’t the protagonist. Instead, players take on the role of police, criminals, shopkeepers, ambulance drivers, taxi drivers, or anything else you can imagine. This is made possible by the mod, or collection of mods, applied to a server.

Most servers don’t use the same mods, since each one offers a distinctly unique roleplaying experience within Los Santos. In order to play on one properly you’ll also likely need to be part of the relevant Discord community, and definitely have the required mods downloaded to your PC.

The general rule with any GTA RP server is ‘don’t break character.’ All players want these worlds to feel real. While there is some leniency for just how immersive everyone has to keep it, you won’t get to stick around in one for long if you mess around and play like this is GTA V.

Getting the right mods

As I mentioned above, you’ll need the correct set of mods if you want to join a GTA RP server. Finding these is easier than you’d think, because most of these servers use a single package that collects together everything you need. The most popular of these is FiveM, which is widely used and should be absolutely fine for anyone to download without fear of malware or other malicious software.

This is probably the hardest part of playing GTA Online in any sort of RP server. The communities are acutely aware that there are people out there who want to come into these servers and mess things up.

As a result of this sort of behavior, most GTA RP servers have an application form for you to fill out. Even once your application has been accepted, you’ll be put in a queue most of the time before you can actually get onto the server. During this time, the best thing to do is be active in the Discord server, and prove to the moderators that you’re not looking to cause any trouble. Once you’re in, you need to keep up the good behavior, otherwise you’ll find yourself getting kicked out.